Roast me all you want, but Samsung’s new Galaxy Watch Active 2 is one hot smartwatch.

The Galaxy Watch Active 2 also comes in two sizes (40mm and 42mm) as opposed to the Galaxy Watch Active’s one-size-fits-all model, two finishes (aluminum and stainless steel), an LTE version, and double the amount of tracking sensors to more quickly provide out readouts.

I spent some time with the Galaxy Watch Active 2 and, frankly, I think it’s Samsung’s best smartwatch to date. It’s sharp-looking (especially the stainless steel model), has all of the same smartwatch and fitness-tracking features of the Galaxy Watch, and the digital rotating bezel is a delight to use. Plus, it’s cheaper than an Apple Watch Series 4.

If you own a Samsung or Android phone, the Galaxy Watch Active 2 is easily the only new smartwatch to consider getting.

The bands are interchangeable and easy to swap out, too. Samsung showed off rubber and leather straps. 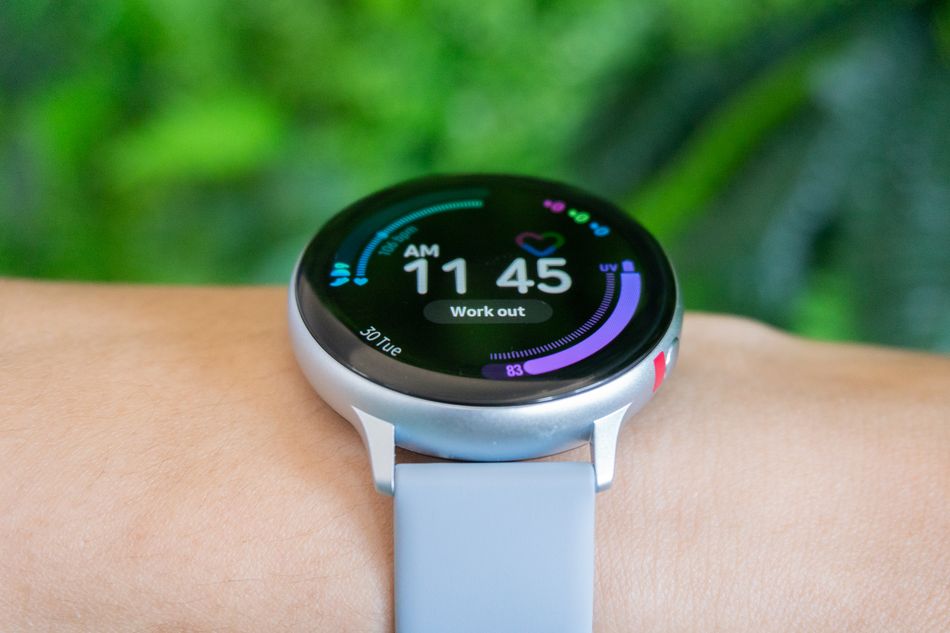 Inside, the Galaxy Watch Active 2 is pretty standard smartwatch stuff: 4GB of storage in both models, 768MB of RAM in the 40mm and 1.5GB of RAM in the 44mm, Bluetooth 5.0, and built-in GPS. The watch is also water resistant in up to 164 feet of water for up to 10 minutes.

Tizen OS is fast, smooth, and easy to navigate, especially with the digital rotating bezel.

For YouTube, you’ll be able to watch entire videos on your wrist, either in their original aspect ratio or zoomed in; Samsung doesn’t expect you to watch a 10-minute video on the smartwatch, but maybe more for short movie trailers.

And with Google Translate, you can say something into the smartwatch in one language and have the app translate it in another. Google Translate requires an Internet connection and the translations aren’t done on device, confirmed Samsung.