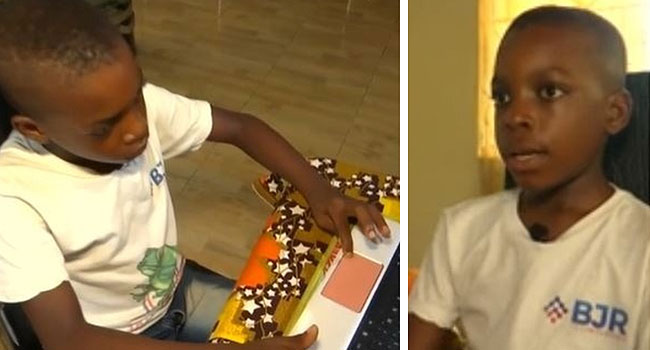 At just 9-years-old, Basil Okpara is making a name for himself in the area of coding and gaming.

Like many others his age, Basil loves to play games but his fascination with gaming does not end at playing, his curious mind has led him into coding, leading him to come with dozens of game ideas.

Basil says he derives great joy and a sense of pride when he plays his own games, and when asked in a recent interview how many games he has developed/created, the lad replies that he has made well over 30 games within a short while. 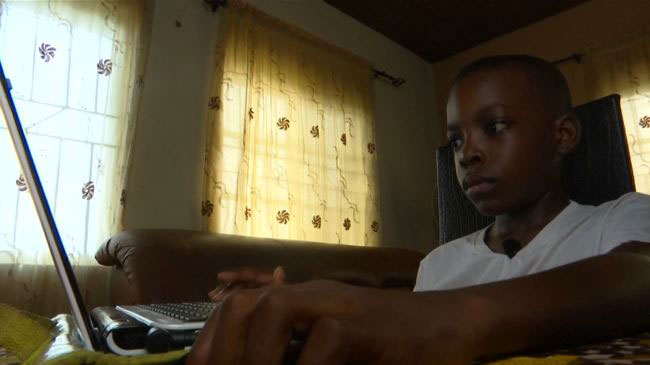 He creates his games using a free coding application called ‘Scratch 2’ which he learnt at a coding Bootcamp.

The 9-year-old has gotten a great grasp on coding that he not only creates his own games but also teaches other children in Lagos how to programme.

Basil has the full support of his parents who noticed the tech traits in him early enough and got him the necessary tools and gadgets to help him grow as a developer.

The young developer has won some awards for his gift and skills and is getting great attention even from celebrities like Naomi Campbell.

This Nigerian prodigy is currently working on having his first game on play store soon.

Technology and the internet are said to be the way forward into the future especially in Africa. Young geniuses like Basil will surely have a place in that future if they are nurtured continually.  It is such brilliant minds that will birth the new dawn for the continent and the world at large.