Business
KARACHI: Local one-tola and 10g gold price hit an all time high at the start of New Year, rising to Rs90,800 and Rs77,846, respectively.

© swisshippo Representative ImageAll Sindh Sarafa Jewellers Association (ASSJA) first released one-tola and 10g yellow metal at Rs90,200 and Rs77,332 in the evening, showing a jump of Rs550 and Rs472, respectively as compared to Friday, despite paltry jump of one dollar to $1,552 per ounce.

However, after one hour, the association revised the rate upwards by Rs600 per tola and Rs514 per 10g based on the same world rate of $1,552 per ounce.

ASSJA President Haji Haroon Rasheed Chand attributed this latest increase in world gold price to rising tension between the US and Iran.

When asked that the rupee-dollar parity had been quite stable for the last few months, he said price was adjusted on massive jump in international price on January 3, 2020 by $29 per ounce to $1,551 from Jan 2.

He said gold is now short-selling in Pakistan by Rs800 per tola compared to Dubai’s rate, as compared to Rs2,000 on Friday 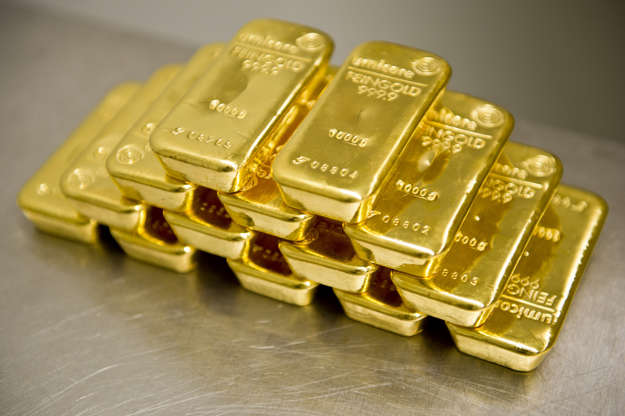 Chand said the yellow metal price is putting up extra pressure on already distressed people wanting to buy jewellery sets for weddings.
Owing to squeezing buying power on account of rising food and utility bill rates, sale of jewellery sets have been down for the last many months, he claimed.

All Pakistan Jewellers Associ­ation Chairman Mohammad Arshad agreed with this claim, saying that in line with the world market trend, investors have also been active in lifting gold bar in anticipation of further price jump in case peace and the volatile political situation in the Middle East on US-Iran tensions.

How I signed Police invitation letter at gunpoint —Busola Dakolo